It is the application that allows you to connect physical clock terminals with GesFicher. If your company has physical presence control terminals (fingerprint readers, card readers, iris readers, input control lathes, etc.), employees can make clocks in on those terminals and through the GesFicherSync program, the information will be synchronized with GesFicher automatically.

For the information to synchronize, you must perform a small configuration step, explained below.

1) Install the Borland Database Engine program, from the link below:
BDE 5.2

3) Download the GesFicher Sync program, from the link below:
GesFicherSync

You must unzip the contents of the ZIP file into a folder on your server, through some decompression program, such as:
WinRar
WinZip

To make the GesFicherSync setup process simpler and more automatic you should access GesFicher with an administrator user and configure the following:

When you run the "GesFicherSync.exe" program, the initial setup screen will be displayed, where you must enter your company data. 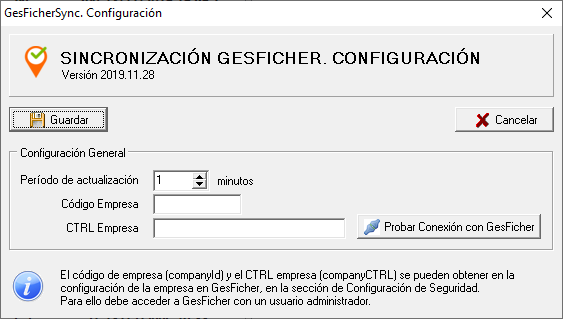 Once you have entered the "Company Code" and "CTRL Company", you can press the "Test GesFicher Connection" button to verify that communication with GesFicher is correct. You should display a message indicating the company name:

Press the "Save" button and ask if you want to import the dialing terminals configured on the GesFicher website. It is convenient that the terminals are previously created in GesFicher as indicated above. You will be shown a message indicating the terminals that have been imported from GesFicher.

Set up terminals and activate them

You will see a message that you must configure the terminals and activate them to send the clocks in to GesFicher.

You will be shown the following screen, with the list of imported terminals.

You will access the terminal configuration screen, where, depending on the type of terminal, you will need to indicate a configuration or other: 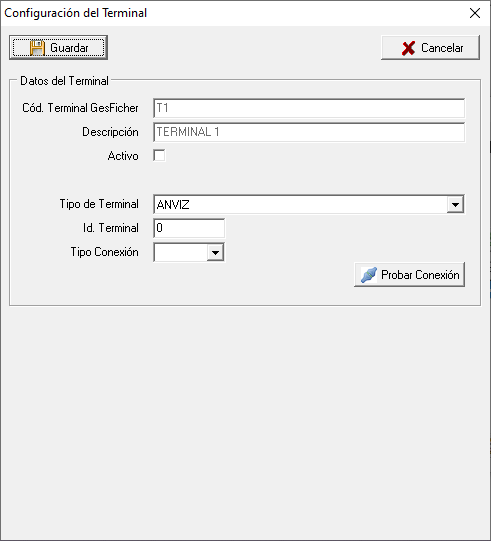 Once the configuration is indicated, you can perform a test to see if you can connect to the physical signing terminal by pressing the "Test Connection" button.

If the connection test has been successful, you can check the option to "Activate" the terminal and press the "Save" button.

Once the dialing terminals have been configured, the information will be automatically synchronized with GesFicher. The main screen of GesFicherSync is as follows: 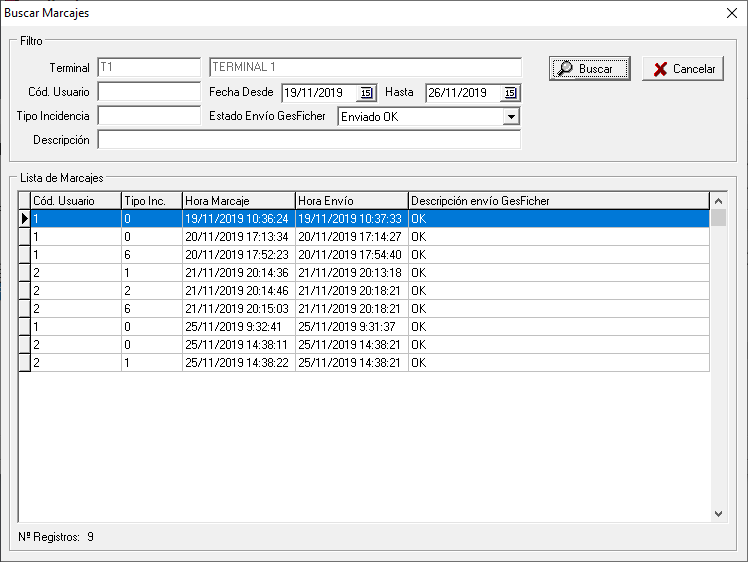 In the middle part of the screen is shown the list of terminals indicating the following information for each of them: